I’ve seen some reports and received some emails on email groups that I’m a part of around Windows 8 and Google Chrome browser and how touch is not working.  In fact I was initially confused about this myself because it was working fine for me on my machine (Lenovo x230t) but other people were insistent that it wasn’t working.  Then I asked what machine they were on.

Almost exclusively everyone was on a “high DPI” machine (or had high DPI settings in their display).  If you have a Surface Pro, for example, you are using a high DPI machine.  I installed Chrome on my Surface Pro and indeed saw the problem there.  After some digging it appears to be that Google Chrome is not yet a high DPI-aware desktop application (at least of this writing which was using version 30.0.1599.66 m – phew that was a mouthful of a version number).

Look at this screenshot.  This is from my Surface Pro with no changes.  I’m tapping on the 2nd image in the news highlights (indicated by the touch square indicator) but notice where the target is actually clicking – on the date “October 4” where the context menu is located: 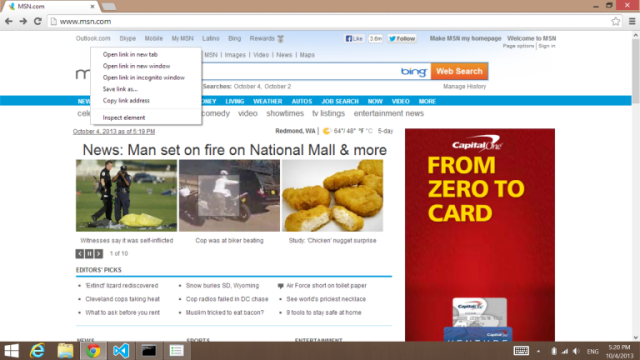 I asked around the office and received one workaround, which I received, but also found a better one.  Here are both of them for you to consider.

This involves you getting to the properties of the chrome.exe program and viewing the compatibility tab.  In there you can check the option to disable DPI scaling: 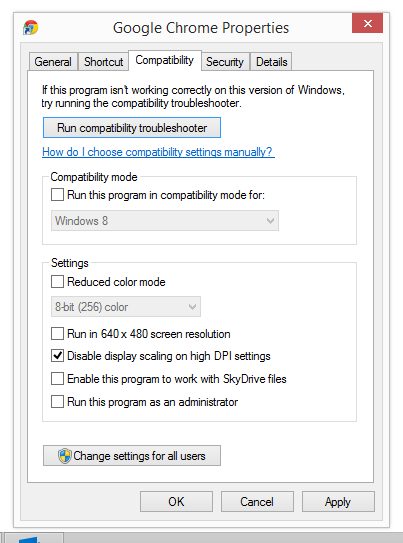 I didn’t like this option because immediately after restarting Chrome the display was crisp but “tiny” to see for my aging eyes.  You can see here is the msn.com site before/after this compatibility setting: 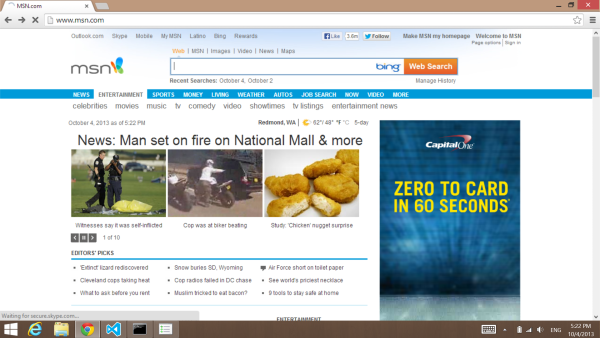 msn.com on Google Chrome with no compat setting 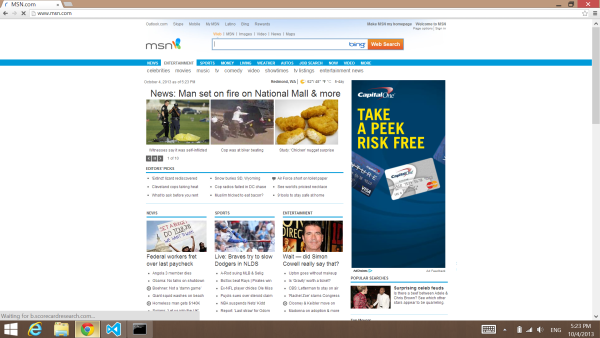 msn.com on Google Chrome with the compat setting enabled

After this setting the hit-targets are fine and work but the content is small (although admittedly more of it is viewable, but that is too small for me).  To mitigate this you can use Chrome’s zoom feature to zoom to 150% to match most closely the high DPI scaling that automatically happens. 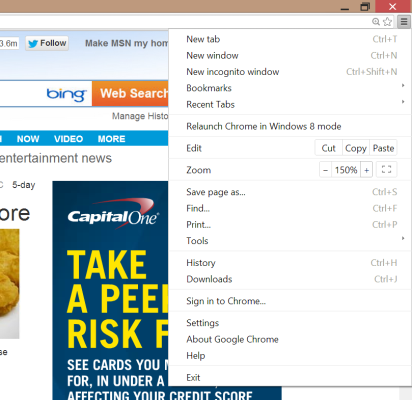 But there has to be a better way…and is (in my opinion).

I learned that Chrome has “flags” that you can set to experiment with certain settings or override other default/automatic settings.  From the address bar, type “chrome://flags” and you’ll see a page of options.  Scroll near the end and you’ll see a “HighDPI Support Windows” setting which is set to Automatic. 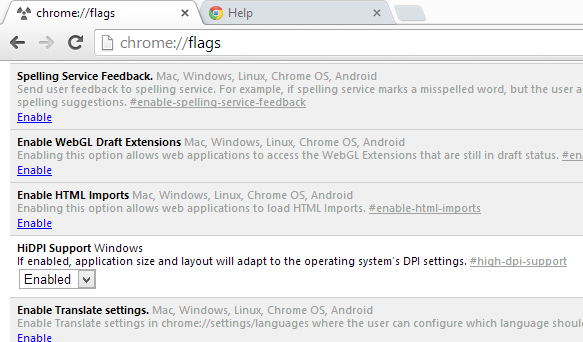 Force this to Enable and re-launch Chrome.  Boom you are working again.  Simpler fix and gets you scaling on your device as well.  Now some of Chrome’s chrome (menus, etc.) aren’t as crisp still but the main content area doesn’t confuse hit-targeting of your touch interaction because of the scale.

The good part is that it appears that the Chrome team is aware of this and a Chrome bug is logged (Chromium Bug 271222: When using the global Windows UI scaling feature, touchscreen touches are off by the set scale).

I don’t use Chrome on a regular basis (nothing against it, just don’t need it) but do get sad when friends have problems so I like to try to help out.  Hopefully if you are in this case with your touchscreen and Google Chrome this will get you fixed up.