as i've found myself doing more editing these days for podcasts, screencasts, whatever, i've been using a mix of tools.  i've been really liking camtasia lately for most as it has provided me with what i've needed...after all i'm no professional.

one thing that it wasn't doing for me was allowing me to put overlays on top of video frames.  actually it does, but i was just an idiot looking for it in the wrong place.  camtasia calls these "custom callouts" and are hidden underneath the add callout features.  i wouldn't have thought to look there as all the callouts i've seen basically are used for arrows, balloon boxes, etc.  but nonetheless i found them and it does exactly what i wanted for my scenario.  perhaps it will add value for yours as well so i recorded a rough video (no editing, sorry for the audio and super loud keyboard clicks, i lost my headset, new one en route) demonstrating where this feature is.  it's useful for me, so i thought i'd share.  of course other video editing tools do this for you as well, but if you aren't a pro (or like me want the one-click, produce to many file formats) and have camtasia, this may be handy. 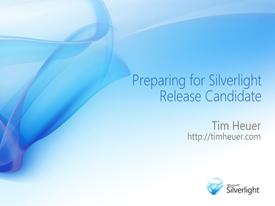 after a few inquiries i thought i'd just put together a very simple, very quick demonstration of preparing an existing silverlight 1.0 application for release candidate.  i've posted previously about the preview sdk and breaking changes and this screencast walks through taking two simple samples from the silverlight.net site and prepping them for the release candidate.  you can view the screencast here.

now, i know that every person's silverlight application may vary, but there will be common things you have to do.  this first screencast shows those very common things that likely everyone will have to change.  i'll post up some more conversions of more involved samples shortly.  but for now, this should answer the 'what do i do first?' questions some may have.

these are silverlight 1.0 samples, using visual studio 2005 as the development environment.

HELP: i'm still trying to figure out the best way to deliver media to subscribers (i've posted the screencast on my *cast feed as well), so i've also made an iPod version (m4v) available to anyone.  if anyone has good ideas on enabling a single feed to please everyone without bogging individuals down with formats they don't want/can't use, please let me know -- i'm a noob.

i want to help everyone be successful in preparing your samples/projects for silverlight release candidate.  i keep my contact lines pretty open.  my email and instant messenger information is listed on the contact page of my blog, which i've updated.  i've also added a 'call me' button on the site so that if you want to directly reach out to me, you can.  it connects to me, my cell -- not an office or main line.  call anytime (i can't promise i'll answer at 3am though ;-)). 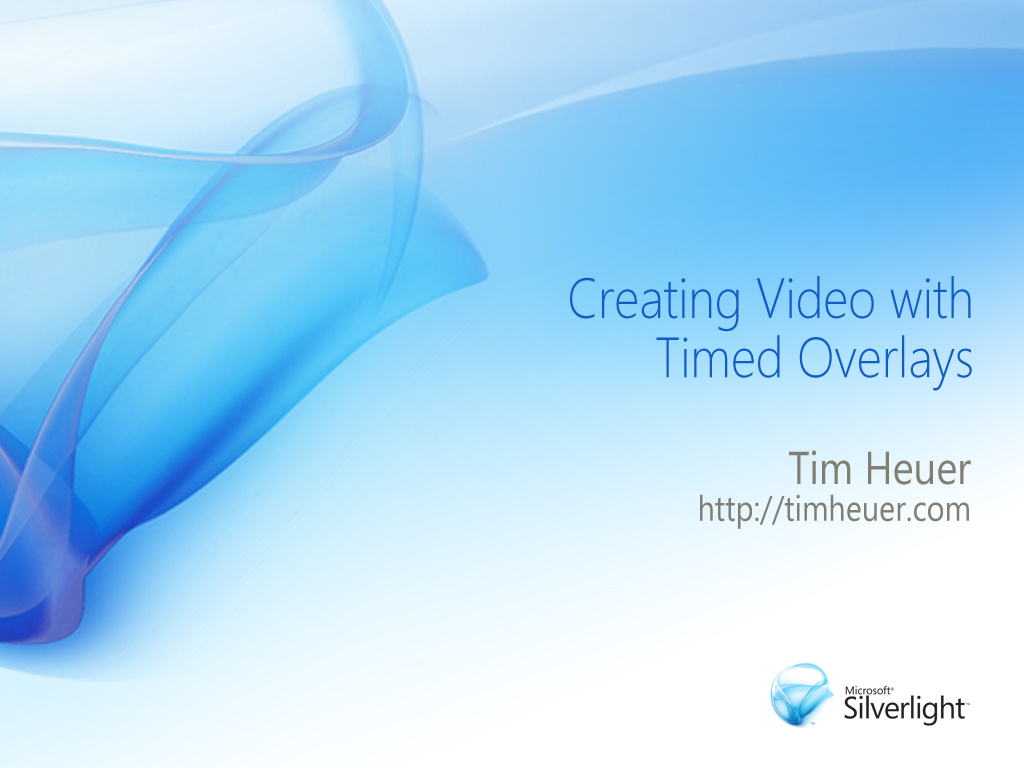