Ok, this is getting ridiculous.  First the removal of the ‘I Am Rich’ application (which whatever your thoughts on the app itself, it didn’t violate any rules, just that the powers that be at Apple didn’t like the pricing scheme), and now others are being prevented from joining the AppStore.  Here’s the latest two I’m aware of:

Podcaster is a native iPhone app developed by someone in the Apple developer program and not using anything that isn’t permitted in the terms and conditions of the SDK.  It provides the ability to search/add/download podcasts from your iPhone without having to have any software on a desktop sync for updated downloads.  The developer, Alex Sokirynsky, has let the world know of the reason his app was rejected by the AppStore:

“Since Podcaster assists in the distribution of podcasts, it duplicates the functionality of the Podcast section of iTunes.”

Actually it provides more functionality, Apple…is that your problem with it?  That users are able to add new podcast subscriptions from their iPhone and not wait to get to their iTunes sync machine because you don’t allow guest syncing from iTunes?  And so what if it duplicates the podcast section of iTunes?  This is an iPhone app, not an iTunes extension.

The latest to get hit is MailWrangler, a native iPhone app that enables access to GMail accounts.  The developer submitted the app on July 17th and received a reply more than 30 days later indicating:

“…Your application duplicates the functionality of the built-in iPhone application Mail without providing sufficient differentiation or added functionality, which will lead to user confusion…”

There was also other feedback given to the developer, Angelo DiNardi, that seemed appropriate (no way of editing the account) to which he agrees and seems like open to fixing. 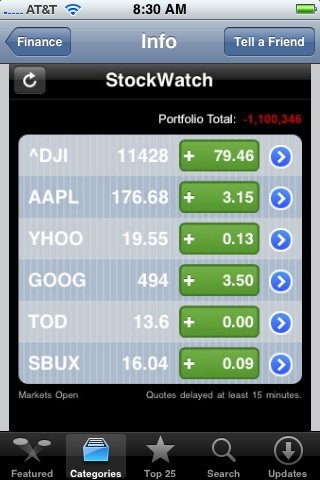 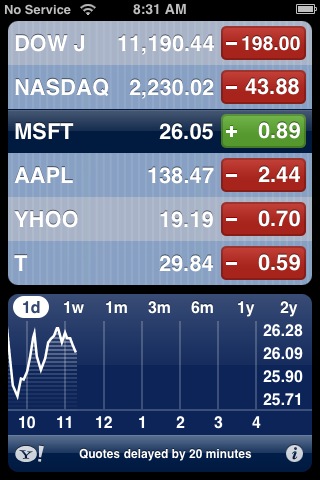 C’mon Apple, this is getting ridiculous.  Your are letting the likes of “DaysTo Christmas” in the AppStore ($0.99 by the way in case you can’t look at a calendar), but not allowing me to choose if I want to use a different mail app or download podcasts wirelessly?  This is getting absurd. 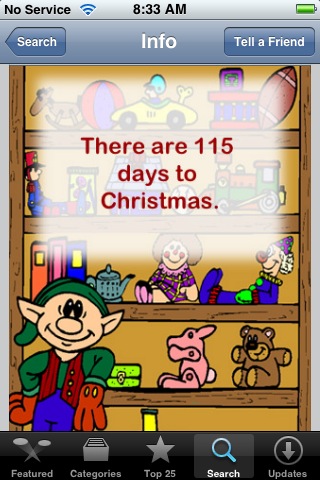 Are they violating the terms?  I don’t think so.  A look at the iPhone SDK Terms shows no restrictions on the types of applications that can be built (except for real-time route guidance/automation) only noting that applications “…may only use Published APIs in the manner prescribed by Apple and must not use or call any unpublished or Private APIs.”  Neither of these applications do that!  It seems there is a conflict in the SDK Terms and the AppStore Terms…which I haven’t seen – anyone have a link to AppStore-specific terms that might indicate that no duplicate functionality can exist?  I’m guessing it isn’t there.

Apple – either enable alternate distribution channels for iPhone applications, or stop rejecting my choice as a consumer because it might be better functionality than you are providing.  Guess what, that’s what developers do – find ways to increase the value of the platform.  You shouldn’t have a developer program if you think people aren’t going to find ways to implement new functionality that may compete?  What gives Apple?  Why are you deciding what I can/can’t install when all other things being equal (i.e., not violating any terms of any SDK))?!  I can’t believe there is no developer outrage beyond these two developers.

Apple is increasingly falling out of favor with the hi-tech crowds by doing things like this without explanation.  I only see this increasing.  Someone in Steve Jobs’ organization needs to get a wake-up call and start making some changes.  I think the easiest change for the AppStore would be to enable other distribution channels (and not just the beta-tester channel they finally opened up for app developers) so that anyone who has a native app built with the SDK can provide me, the user, the choice to decide what may “lead to user confusion” or what might be better functionality!