in my previous post about a road-trip television show i've been watching, i mentioned that i have been noddling on an idea that i've wanted to do for a while.  i've wanted to get out and meet as many developers as i can and it just seems that the same user group meetings aren't attracting new blood...why is that?  so i thought how can my peers get out there and really reach some people in a different way...and more importantly in different places.  i want to see first-hand the great things people are developing with microsoft.

so my thought is road-trip.  sure, sure, you may say that the adobe guys just did that and i stole my idea from their airbus tour.  not true.  i stole it from the .NET Rocks! roadtrip (their link is gone, but you can do some searching).  i thought it was great that people hopped on an RV and headed across the country talking to developers.  so i thought, why shouldn't microsoft developers do that?  we need to be one with the land and people as well!

now since our teams are more geographically based, i'm not planning on spanning the country/world (unless of course, scott invites me and someone pays my way to get to the gold coast).  so for me, i'm talking the western states in the united states (rocky mountains and anything west).  my thought is we get the message out about next generation web platforms...i'm talking silverlight, i'm talking live platform services, etc.  get out there, go to places where we haven't been, stop where people ask us to stop...get out there man.

i could rig up my golf cart and repaint it: 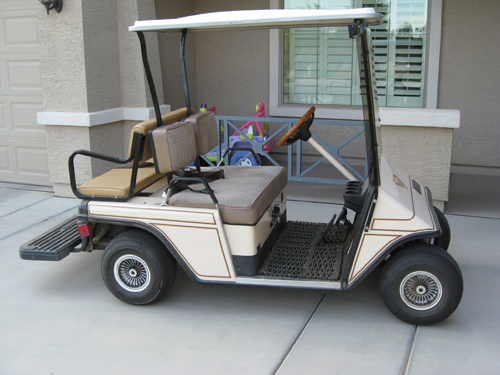 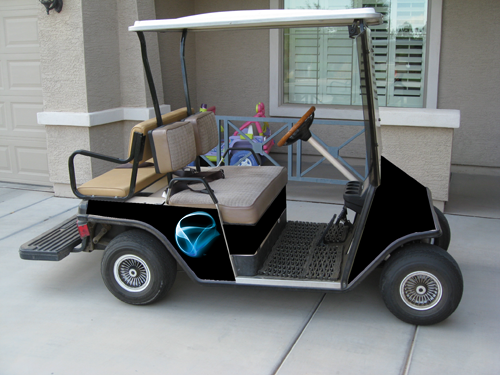 but then i realized it might be a little drafty across the desert.  i've named it the 'silvertour' in my head and had visions of old-school airstreams: 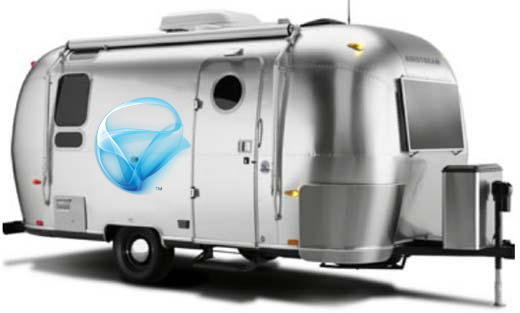 yeah, baby, that's what i'm talking about.  so what do you think?  who cares if it has been done before.  did people go to flagstaff, arizona to talk to developers there?  heck the adobe guys passed right by phoenix, arizona!  i think it needs to be done...who's with me? (i'm now envisioning the speech from animal house).

but seriously, i've been talking to some folks at microsoft, working on details, but help me out...good idea or completely lame?  if not completely lame, then post where you would want us to stop...i'll keep you all posted here!

viva le' silvertour! (or perhaps it should be 'coding on asphalt' -- anyone want to submit some logo designs are welcome)